I’m not sure how I got introduced to the music of Clean Bandit, but I found myself listening to their album “New Eyes” over and over again. It’s Electronic Dance Music (EDM) with a classical bent, and while the band is responsible for writing the music, they always have guest vocalists do the most of the singing. I like a band that focuses on their strengths. 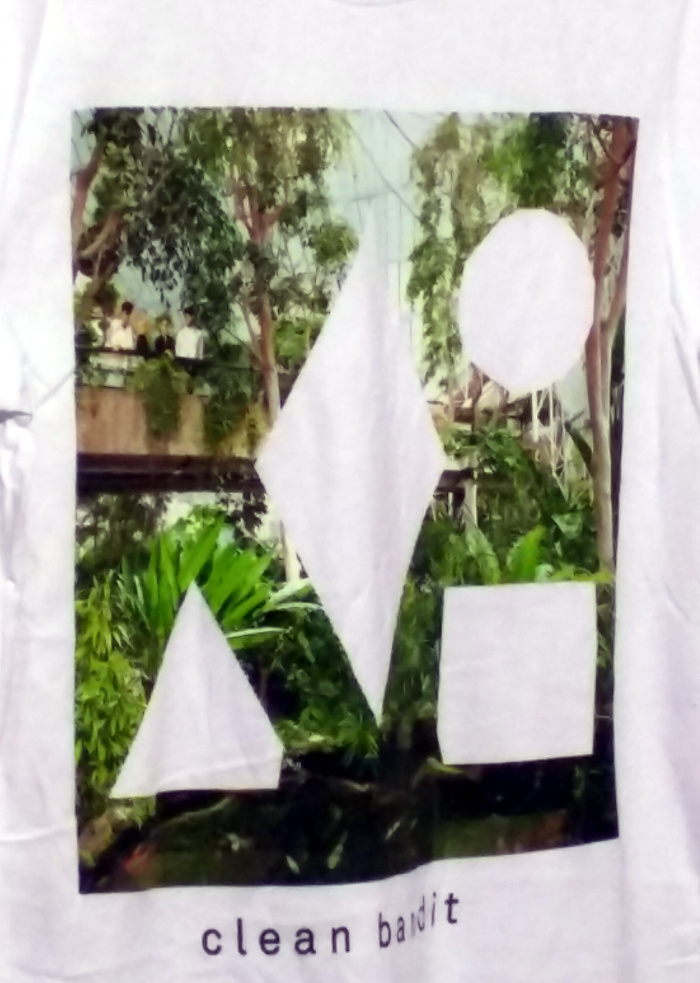 I mentioned this on G+ and Seth pointed out that they were coming to the Cat’s Cradle in Carrboro. Now, this was back in January, but the concert wasn’t until last night.

We hadn’t been to the Cat’s Cradle in almost 20 years (at least that’s what Wikipedia tells me, as we went to see the first tour by Garbage). They’ve redesigned it (you used to enter from the front, now you walk around back) and it holds around 750 people. The Clean Bandit show was sold out, so we expected a crowd. As I am too old to be “hip”, we got there a little early. As the crowd was mostly college kids, they were checking IDs. If you could legally drink, you got a blue stamp on your right hand. If you were underage, you got two red stamps on both hands. 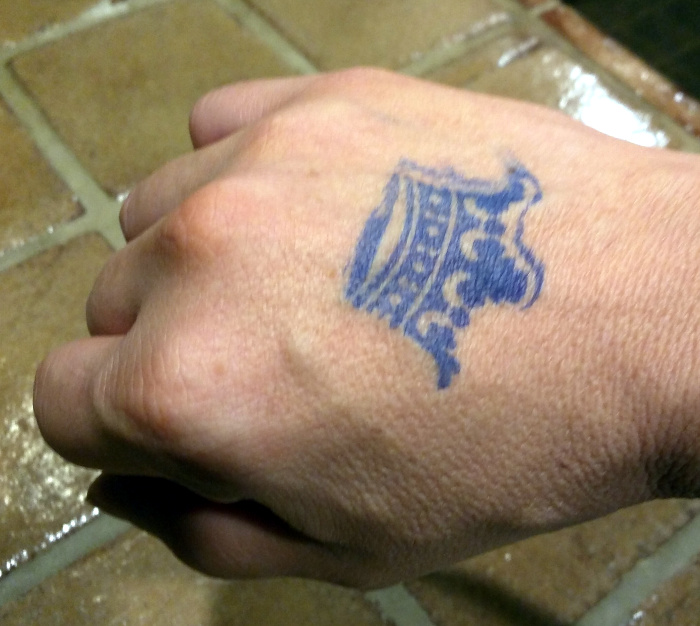 I was easily the oldest person there, so when I handed in our tickets I mentioned I was applying for the chaperon position. Andrea found the idea of me chaperoning anything a bit frightening.

As I had no desire to stand and fight my way to the front of the stage, we found a spot behind and to the right of the soundboard where there were a couple of bar stools. As the place started to fill up, we realized that the air conditioning, if there actually was air conditioning, wasn’t going to cut it.

It started to get warm.

Promptly at 8pm the opening act started. It was a trio consisting of a drummer, bassist and the guitarist/lead singer named Roland. At least I think his name was Roland, my Google-fu is failing me and I can’t find any reference on the Interwebs. In any case, their first song was a cover of Let’s Go Crazy so I didn’t feel too out of place.

Their set was good, although I didn’t recognize any of the songs with the exception of a part of We Will Rock You played at the end.

By this time it had gotten really warm as more and more people showed up. Seth and Sarah showed up just before Clean Bandit took the stage.

I was wondering how they were going to handle the fact that the lead singers for each of their songs have other careers, and there was no way they would be able to get all of them to tour for a song or two each set. The answer was found in the more than capable voice of Elisabeth Troy. She handled most of the vocal duties, and I think she could front any band she wanted. A very talented lady.

The first song was Real Love which immediately flowed into Cologne. The latter is one of my favorite tracks off the album, and due to the heat I was grateful that all the beautiful, young people in attendance had thought to wear some. Cologne flowed into my favorite non-album track Stronger.

When I say “flowed” I mean that the whole hour long set was pretty much a 60 minute sprint. The only real pause came during the fourth song, Come Over, when Elisabeth got a little over active and managed to knock Neil’s violin out of his hand. There was a bit of a delay as they got the backup ready.

They played most of “New Eyes”. While Come Over was fronted by a male vocalist on the album, Elisabeth did a good job covering it, but they avoided other male lead songs such as Telephone Banking. There were two tracks I had not heard before, Nightingale and Disconnect. The latter featured Roland from the opening act on guitar and vocals.

They ended the set soon after 10pm, and we knew that they would be back out for the big hit, Rather Be. During the encore I thought it was funny to see all the young’uns recording video on their phones. 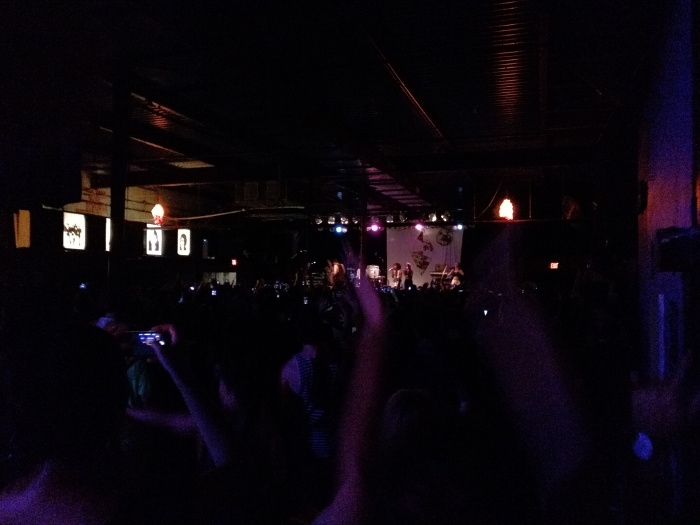 It was probably 95F by this time, and the concrete floor was slick with what I can only assume was sweat. Outside of the heat, it was a great show, and we were happy to step outside at the end, which although was still around 80F, was a welcome change.

I would say be sure to catch Clean Bandit on their tour, but this was the last official US date. I doubt they will be playing small clubs next time, but you can catch them at the Firefly Music Festival in Delaware before they head back to the UK. I had a great time and should really get out more (grin).