My friend Bob and I are both science geeks, Bob perhaps a little more than me. We started planning for the 2017 total solar eclipse months ago. We thought it would be cool to watch from the beach, so we booked a hotel in Charleston, South Carolina, for the weekend, ordered our eclipse glasses and waited.

In hindsight we didn’t really plan for the weather. We should have booked two hotels, one at the beach and one in the mountains, and then canceled the other booking based upon the weather (the viewing conditions for the mountains were supposed to be excellent). As we left for Charleston the weather forecast was not promising. However, we had picked Charleston because we knew we could simply head inland if needed, and as long as we stayed in the path of totality we would be fine.

This was to be my first total solar eclipse. The closest I’d come before was in 1984. I was just getting ready to graduate from the NC School of Science and Math and we all went out to witness an annular eclipse on May 30th. 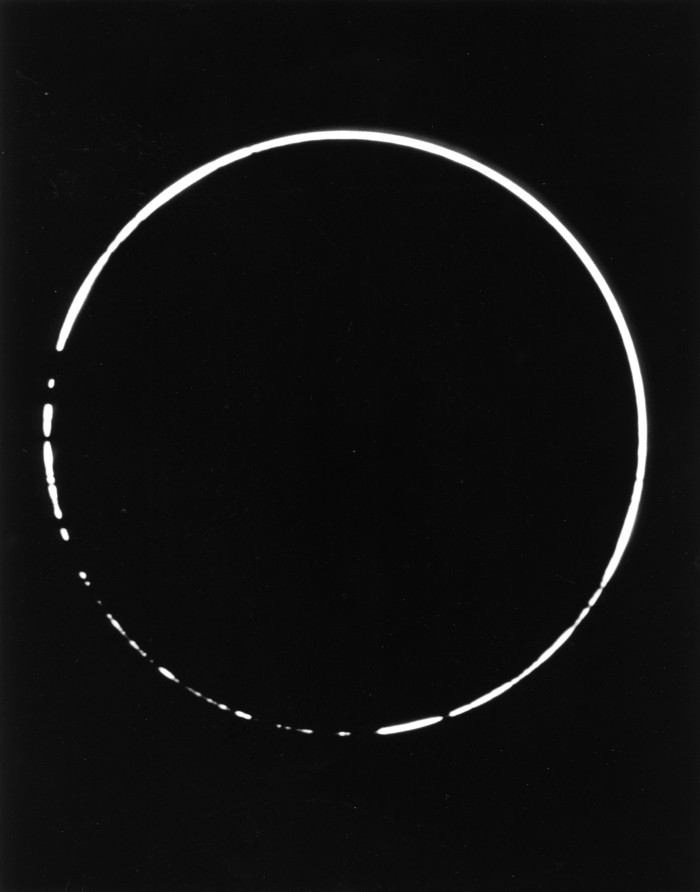 It was cool. The picture above was taken by Joe Liles, the school’s art director, but it really didn’t get all that dark. It is surprising how bright even a sliver of the Sun can be, and since we didn’t have totality it was less impressive than I was expecting. 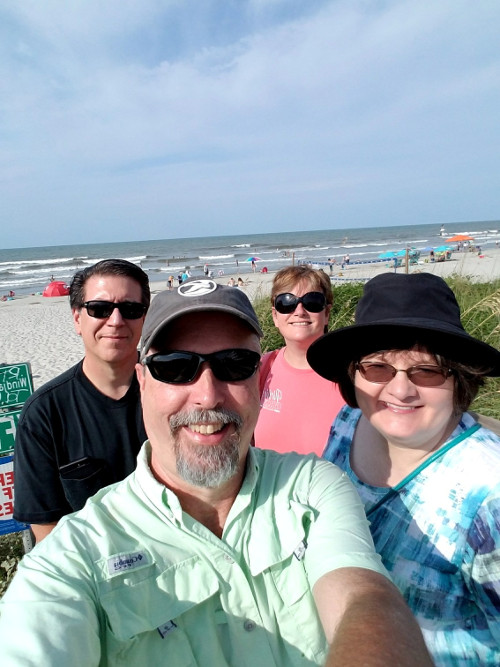 The four of us: Bob, his wife Kathy, Andrea and I drove down to Charleston late Saturday night, and we explored the city a bit on Sunday. Of course, all of the tours were booked due to the influx of people, so we just wandered around the market and ate some seafood. Later in the afternoon we drove over to the Isle of Palms. This was where we were planning on watching the show, but as the forecast just kept worsening we decided to head inland. We made it an early night so we could get up early Monday and beat the traffic.

Bob decided we should try to go to Lake Murray in Irmo, South Carolina, just outside of Columbia (and once home to Donna Rice). A few miles away was the Columbiana mall, so we made that our destination as a place to get lunch and sit in some air conditioning. We figured if worst came to worst, we could simply watch it from the parking lot.

Traffic wasn’t bad until we actually headed for the lake, and even then it was only congested near the two parks on either side of the dam. All the public parking lots were full, so we paid a guy $20 to park in a business lot and then walked the rest of the way. Luckily there was a nice place to sit on a hill overlooking the water, and so that’s where we made camp.

The place was crowded but not packed, and there was a general festive atmosphere. We were still worried about the clouds, and soon after the eclipse started this is what the sky was like: 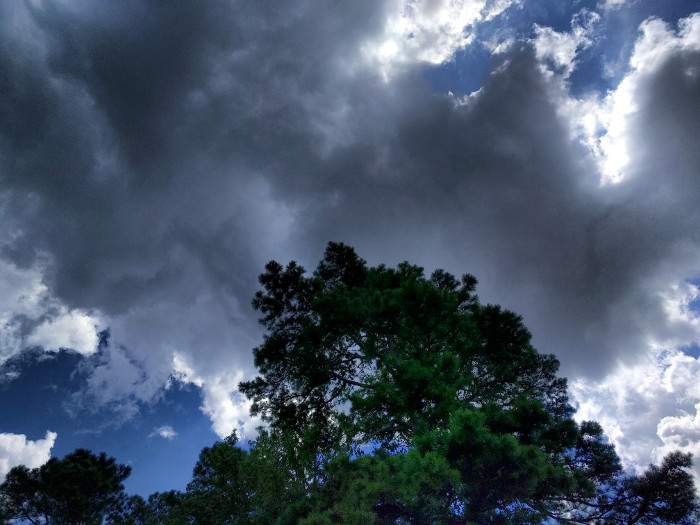 We had heard that an eclipse will actually cause cumulus clouds to dissipate. In the summer most of them are caused by afternoon heating, and while I couldn’t tell that the light level had decreased at all, the clouds did thin and eventually go away completely, and we had excellent viewing for totality. 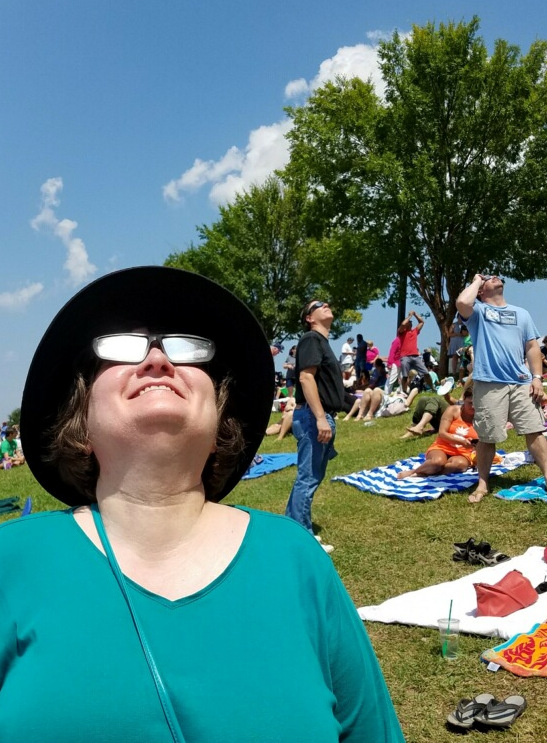 Since we ended up at a lake, Andrea decided to watch from the comfort of the water. She found that she could float on her back and hold on to one of the float wires marking the edge of the “beach” area, and since her ears were submerged she said it was a very cool and quiet experience. 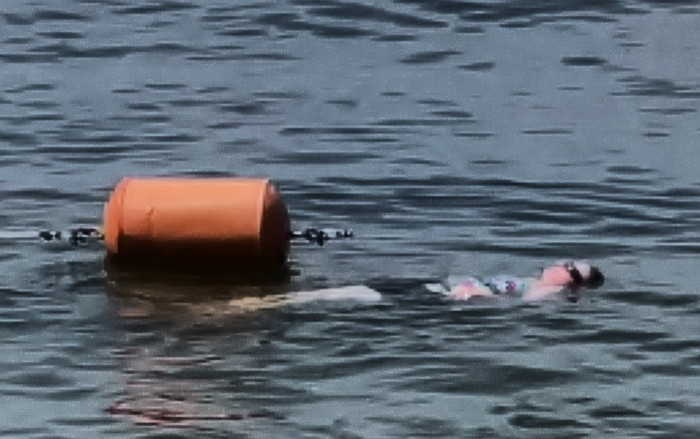 I hate the water so I stayed on land. With our glasses we could see totality inching closer and closer. 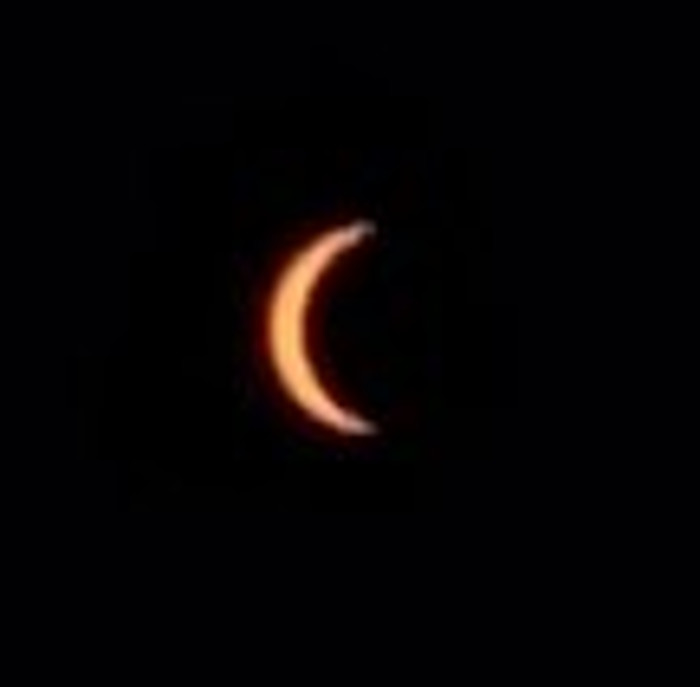 I had decided not to take any pictures during totality, and almost all of these in this post were taken by Bob. We only had about two and a half minutes for the main event, and there is a lot to take in. You get to look at the sun with the naked eye: 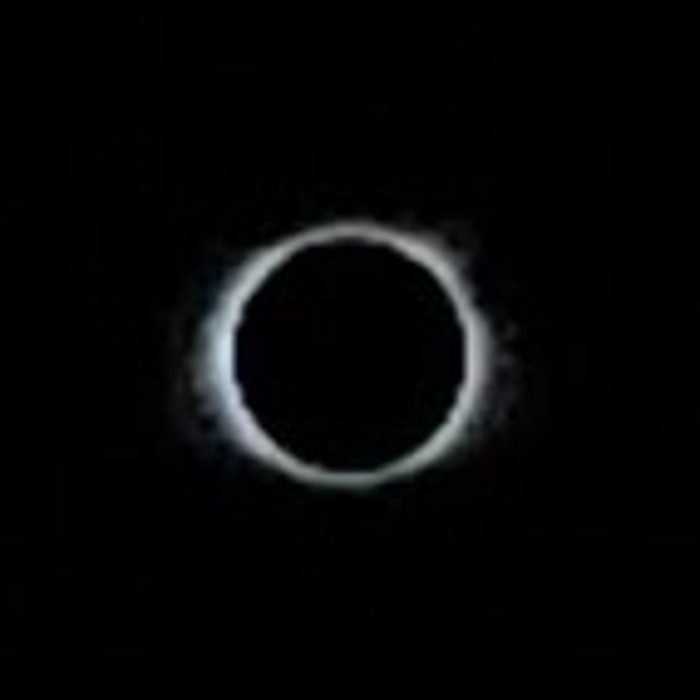 and there is a sunset in every direction you look: 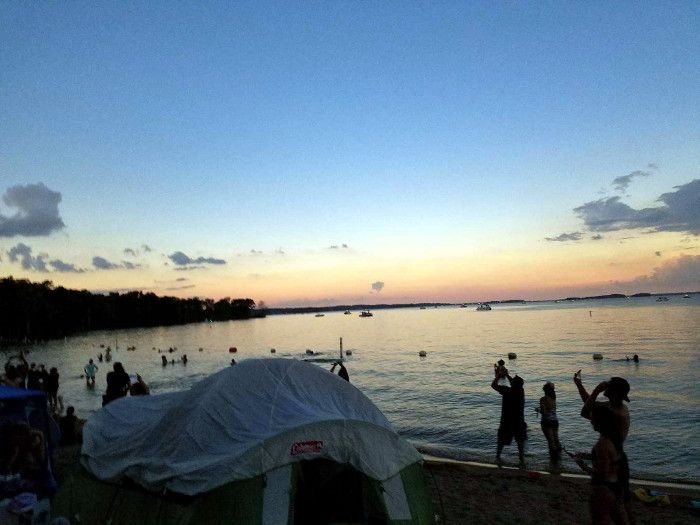 In a word, it was amazing. It got considerably darker than it did during the annular, and it was just so totally awe inspiring I really don’t have words to express it. While I consider myself spiritual if not religious, there is something about seeing the moon fit over the sun just so perfectly that implies the divine.

When it was over I wanted to do it again, immediately. I also felt kind of gypped, as it is possible to have a much longer eclipse than the two and a half minutes we observed. In fact, it can go up to seven and a half minutes (when the Moon is close to the Earth and the Sun is farthest from the Earth), but since that won’t happen until 2186 I’m going to have to be satisfied with what we got, for now.

Once totality was over, there were still some cool effects to discover. The leaves of trees act kind of like pinhole cameras, so you get little crescent shaped shadows everywhere: 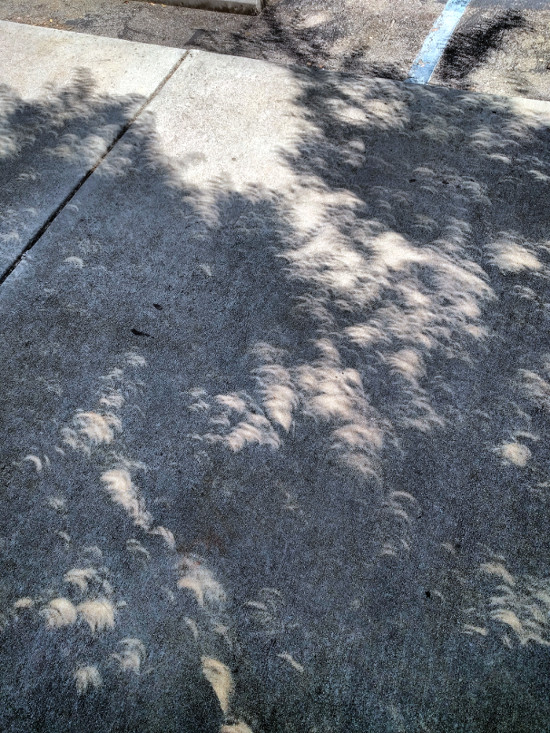 Still buzzing from the experience, we walked back to the car and joined the throngs heading home. 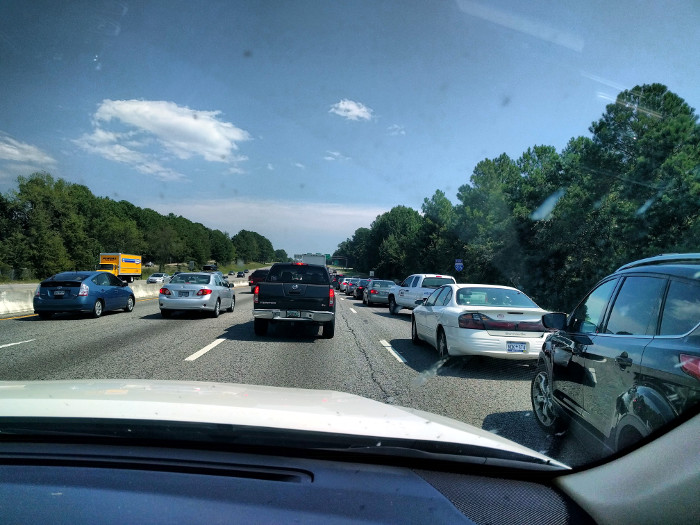 Looking at Google Maps it kept telling us traffic would get lighter, but when we got to that point it was “red” again. It dawned on us that folks leaving the area after the eclipse probably formed a sort of “clot” that would continue to move, slowly, along the interstate. It was funny that I don’t think Google Map’s algorithms really planned for something like this, so we decided to take back roads.

That was slightly better, until you would hit a small town. For example, in Bethune, South Carolina, there is a four-way stop on the highway. 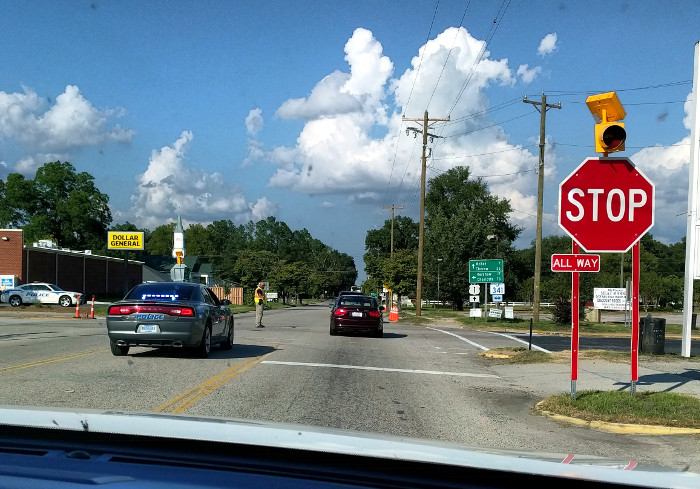 Based on the amount of time we sat in traffic, my guess is that they didn’t think to put a cop there to direct traffic until just before we made it to the sign.

So, it took us about seven hours to travel what should have taken four. I don’t care, I would still do it again even if I had to wait longer.

I might have caught the “eclipse” bug. According to Neil deGrasse Tyson, a total eclipse happens on average about once every two years.

This is backed up by Wikipedia. The next one is in July of 2019, and the path of totality is just south of Buenos Aires in Argentina. That could be doable with frequent flyer miles and hotel points, and it will occur near sunset which should be hella-cool.

The next one in the US is in 2024 and should last more than four minutes. Bob and Kathy may have an RV by then, and if so … road trip. If you get the chance to see a total eclipse, don’t miss it. I’m still thinking about it two days later.