We put Freya to sleep today. 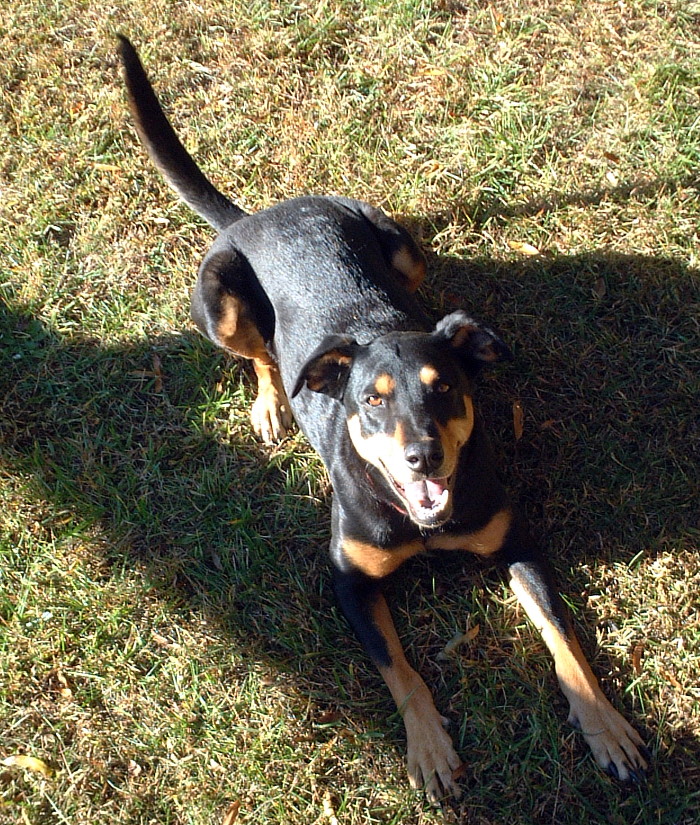 Wait, that doesn’t sound right. Whenever I have to euthanize an animal, especially a beloved pet, there is always a lot of guilt. The words “put to sleep” just don’t cover it. Perhaps the harsher “put down” would be better, while “I killed my dog today” is more honest.

I’m always jealous of people who have a pet who just dies, as in “Little Fifi went to sleep on her favorite pillow and passed peacefully in the night”. I have never experienced that, and it seems all too often the decision has to be made to end a pet’s life. Yeah, I know it is often for the best, but that doesn’t make it any easier.

Freya was the most amazing dog I’ve ever known. Andrea got her from the shelter in October of 2001, and you could tell that she was one smart dog. Part Doberman and part something else (she had a blotchy purple tongue) she was the the dog that made me fall in love with mutts. I can remember Andrea bringing her by the Oculan office where I had just started working on the job that would define my professional career, and I knew she was something special.

She was also an incredible hunter and I can count at least six deer that she managed to catch on our property. Now, I wasn’t super happy that she killed deer, but I had to give her credit. Whereas all our other dogs immediately bark and run after them, she would hunker down and slowly crawl until she was close enough to burst out and run them down. Usually they would escape, but sometimes she could catch them. She was an extremely friendly dog in all other aspects, but if you were furry and ran from her, the chase was on. 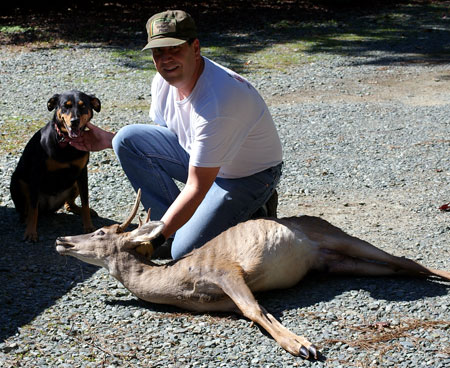 She was also good with other dogs. When we got Maya (another stray puppy) she adopted her instantly, and put up with all of Maya’s puppy antics. About five years ago something happened and she was paralyzed on the right side of her face. This caused her ear to droop, and she had trouble breathing out of one nostril. The worst part was that she lost control the ability to blink her right eye, and while we put drops in her eye every day she lost the use of it. Several thousand dollars later the Vet School had no clue as to what could be wrong, so she just learned to live with it.

As the years went on, she also started to lose her hearing. About a year ago she became incontinent. This was a dog that would never go in the house, and I think it was more that she would wake up with an incredible need and just not have time to alert us to let her out. We adapted, took her out often, and bought a Rug Doctor. Toward the end, she pretty much slept 23 hours a day. She had a lot of trouble getting around, and would often fall down the steps of our deck. She would get halfway down and then, for some reason, decide to jump. With her bad eye I’m certain her depth perception wasn’t great, and she’d sometimes land in a heap at the bottom of the stairs. We’d carry her down when we could, but we weren’t home all the time.

A couple of months ago I was traveling on business and Andrea told me a sad story. She had let Freya out to pee and was trying to get her shoes on to carry her down the steps. However, we have two other dogs who were happy to see her, and before she could catch up to Freya, the dog had jumped. She failed the landing and ended up on her side, and because she had to go she just peed while she lay there. That was the story that made me think it was time.

When a dog as active as Freya just isn’t able to do the things she loves, one has to think she can’t be happy. While we don’t think she was in much pain, we did give her a slight pain killer twice a day for arthritis. She did eat but was still becoming too thin, and she was having trouble standing up (sometime while she ate I would put my foot next to hers which would keep her legs from splaying out). It got to the point where we couldn’t bathe her because she couldn’t stand up long enough.

But we still loved that bony, droopy, stinky dog. We canceled the first two appointments, and it wasn’t until Andrea asked me to do it alone that we were able to go through with it. As a sixty pound dog that was over 16 years old, in human years she would have been north of 100. It was time. 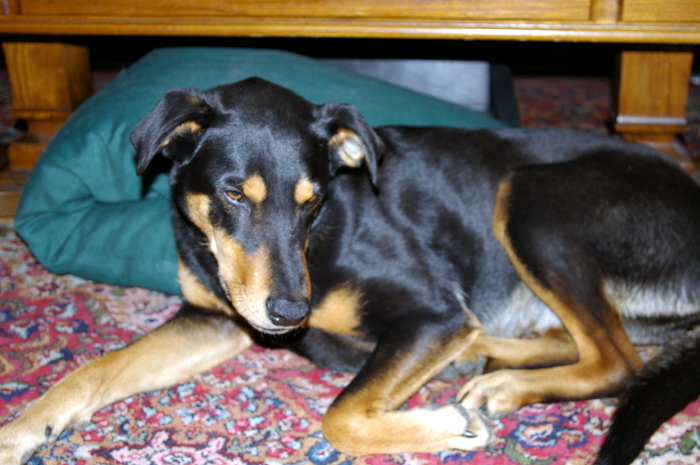 Doesn’t make it any easier.