There are approximately 1.6 billion Muslims in the world, roughly 23% of the population of the planet. There are five main “pillars” of Islam, and these are:

We are currently in the month of Ramadan, a holy month spent fasting and reflecting. The Islamic calendar is based on the moon, not the sun, and so holy days tend to move around a bit each year. Since this year Ramadan corresponds with the summer solstice in the northern hemisphere, the days are particularly long. Since fasting is done from dawn to sunset, this means the fast lasts a lot longer than if Ramadan had occurred in the winter.

I have friends who are Muslim, and one of them, Mohammad (not all Muslims are named Mohammad but this one is) mentioned to me that in Michigan, with its large Muslim population, they are starting a tradition of inviting their non-Muslim neighbors to join them in fasting for one day.

As someone who is always seeking out new experiences, I thought, hey, that sounds like something to try, so tomorrow I plan to spend one day in the shoes of a Muslim. I will wake up around 4am for Suhūr (a pre-fasting meal) and while I don’t pray I plan to stop for Salat and write a little reflective blog post for each of the five times a devout Muslim would pray. I also plan to keep Halal for the day (I don’t plan to break my fast with some North Carolina pork BBQ and a beer, for example).

I should point out that I’m doing this with no guidance outside of what I can find on the Internet, and the lovely little app called Muslim Pro which will help me keep track of times. In much the same way as I believe in a concept called “karma” but do not claim to understand that term as a formal Hindu religious concept, I want to apologize in advance if I get something wrong. I mean no offense and only seek understanding. 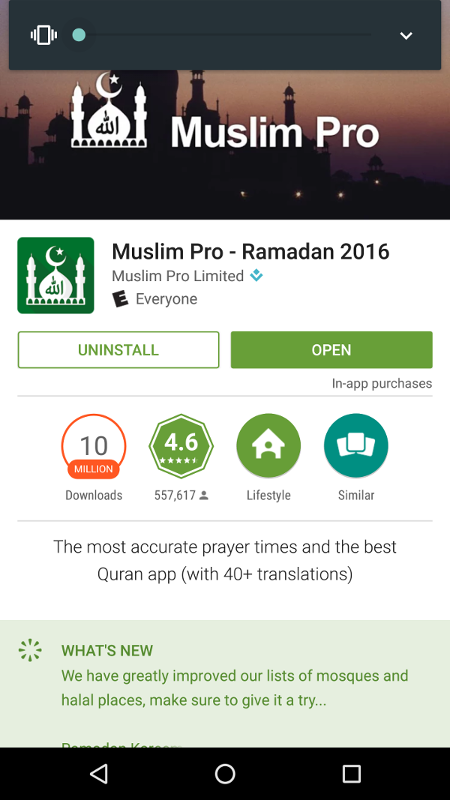 Oooh, and it turns out that part of the process of fasting is to announce one’s intention to fast. That is called “niyyah” and this is mine.