When J.J. Abrams took over the Star Trek franchise, the biggest complaint I heard is that he departed from canon by turning it into an action series. Well, fans should rejoice since he has helped return it to its roots where odd numbered movies suck. This was a steaming pile, and should remind people more of Star Trek V: The Final Frontier than the last two movies.

The main fault lies in the plot, which has more holes than a square parsec of Swiss cheese. When I dislike a movie I feel the need to explain why in detail, which will pretty much reveal the whole story, so if you hate spoilers or plan to see this dog then stop reading now. 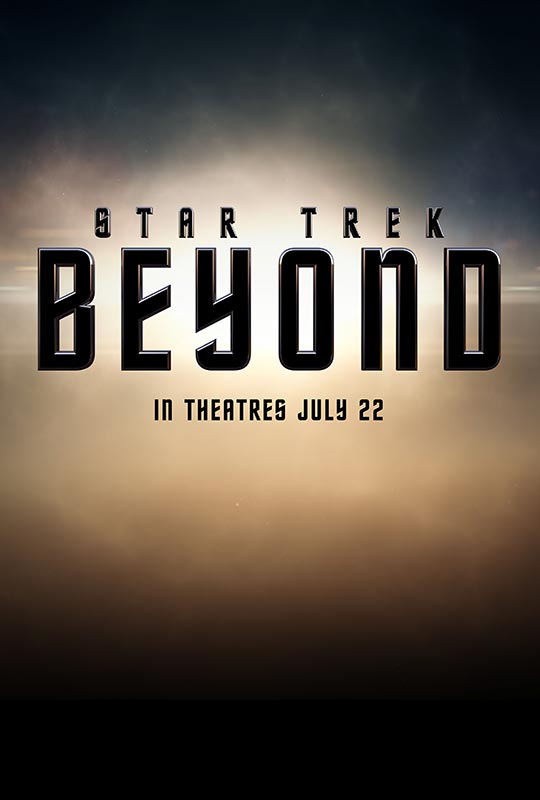 Okay, the movie starts out with a throwaway scene where Captain Kirk is trying to negotiate a peace treaty. He’s seen in an impressive chamber where threatening aliens sit above him in judgment, and when they decide he is there to trick them they attack. Turns out they are the size of terriers (ha ha) and James is beamed to safety.

As a peace offering, Kirk had brought part of an ancient weapon, which Spock returns to the ship’s archives. There is a weak attempt at character development as Kirk is thinking about taking a desk job and Spock returning to New Vulcan, but it really goes nowhere.

Speaking of nowhere, there is a new super space station called the Yorktown at the edge of known space near a scary nebula, and that is the next stop for the crew of the Enterprise. It’s a big, glittery ball in space housing millions of Federation citizens and you know from the moment you see it that it will be in peril by the third act. Oh, and Sulu is gay.

Soon after they dock a mysterious ship comes out of the nebula bearing an alien named Kalara. She tells a tale of how her ship was attacked near a planet in the center of the nebula, and of course the Enterprise is the only ship that is advanced enough to navigate through all the debris to reach it (well, outside of a ship under construction at Yorktown).

Within twenty minutes of screen time, the Enterprise goes to the planet where it is attacked and destroyed by Krall, the big bad in this movie. Can’t seem to have a Star Trek movie without blowing up the ship, can we?

One of the two cool things in this movie was his “fleet” which consists of a swarm of devices, some manned, which probably does reflect the future of warfare. There are also humanoid soldiers in motorcycle helmet armor that are never really explained. Turns out Krall is after the little trinket offered to the terrier people in the first scene, as it is part of a super weapon created by the extinct race that used to live on this planet, and Kalara was sent to lure the Enterprise to bring it to him.

Anyway, there is a big fight as the ship is crashing and Kirk gets the weapon away from Krall and hides it with an alien member of his crew. Then the rest of the crew gets scattered as most of them eject in life pods that are collected by Krall’s ships, with the exception of three: Kirk and Chekov, Spock and McCoy and Scotty.

Scotty is the first to run into Jaylah, a super model who has escaped Krall and now lives in an old starship called the USS Franklin that was lost hundreds of years ago but somehow ended up on this planet. She hides it with cloaking technology that makes it invisible. Pretty soon the gang’s all back together and they hatch a plan to rescue the remaining crew.

So, it turns out that Krall is Balthazar Edison, the captain of the Franklin. He was a soldier who got pissed off when the Federation was formed as a peaceful organization and not one bent on war. Got it? His ship crashed on the planet and he’s lived so long ’cause he found vampire technology that lets him suck out the life force of other living things, although it alters his appearance to sort of match the being on which he is feeding. Kalara and a man named Manas are the only three survivors of the ship, although Kalara is killed when she goes after Kirk and Chekov among the wreckage of the Enterprise, and Manas is presented as kind of the “heavy” (he killed Jaylah’s father) although he really isn’t developed as a character (surprise, surprise).

Anyway, Krall eventually gets the piece of the weapon he needs by threatening to feed on Sulu (turns out the crew member Kirk gave it to has an Alien face hugger on the back of her head in which she hid it) and when assembled it turns into a hand-held “swarm” producer that destroys living matter. The plan is to nip on over to the Yorktown, destroy all the people and use the technology of the base to wage war.

So, where to begin. Krall says he’s been searching all over the galaxy for the weapon, but it isn’t apparent that he’s left the planet. Jaylah is hiding the Franklin from him, but wouldn’t he know it was there? Hard to forget the ship you used to captain. He also is a super hacker and has used his hundreds of years old credentials to tap into the Federation network (from inside a highly active nebula) where he can do things like read Kirk’s private captain’s log.

Oh, so once Krall decides to go off to destroy the Yorktown, our heroes manage to get the Franklin back into space and quickly (and safely) navigate back out through the nebula (that only the Enterprise could do in the beginning of the movie, remember?) in time to beat the swarm (by blasting the Beastie Boys “Sabotage” at the alien ships, of course) and save the day.

Oh, there are some fight scenes, Kirk gets to ride on a motorcycle, and once the whole thing is over that new ship under construction becomes the next Enterprise.

Sheesh, what a stinker.

I mentioned there were two cool things. The second was a brief appearance by Shohreh Aghdashloo as Commodore Paris, a high ranking member of the Federation command. There is no mistaking that voice, and her talents are better used in The Expanse series.

I’m sure the fan boys will find something to like about this movie, and some of the people I went with did just that, but while I don’t exactly lament the loss of two hours of my life, I won’t be watching it again.