When I was at So You Think You Can Dance one of the songs I tagged was “Don’t” by Ed Sheeran. I liked it so much that I checked out the whole album, x, and I find I can’t stop listening to it. It’s quite good.

Sheeran is a ginger-haired young man from the UK whose looks don’t exactly match up with his voice. We’re not talking the cognitive dissonance I got from Rick Astley, but it still took a lot of getting used to seeing him in pictures and videos. 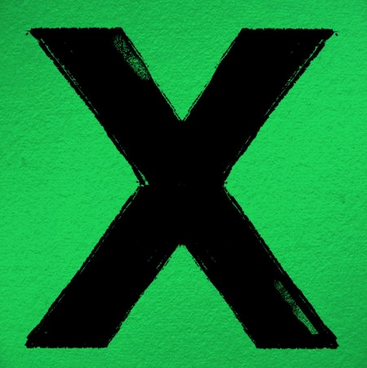 The album starts out with the track “One”, which is sort of what you’d expect from a pop singer-songwriter. It’s a nice track and it hints at Sheeran’s strong falsetto. This is followed by a slightly more upbeat “I’m a Mess”.

But unlike his first effort which was more of the same, this album is a collection of a ton of different genres and styles, and this is announced fully with “Sing”. This is a track that would feel at home on a Maroon 5 album, and it introduces his hip-hop lyrical style that is prominent on my favorite tracks.

Then comes “Don’t”. It is hard for me to listen to this track without hitting repeat. It is a wonderfully constructed tune that tells the story of a relationship that goes wrong. If you listen to it as much as I have, you come to understand how complex it really is, with my favorite bit being the spoken “don’t” a beat and a half before the chorus kicks in. Despite the somewhat downer story it tells, it makes me want to bounce around.

Keeping with the “relationship gone wrong” theme comes the fifth track, “Nina”. While it would be hard to follow “Don’t”, the strong chorus of this song works well.

The rest of the album alternates between pop songs that want to make you dance and the more traditional singer/songwriter tunes that started the album. Another favorite of mine, “Bloodstream”, on the dance/pop side of things, talks about substance abuse, and if I am to judge Sheeran’s life from this album he spends most of his time off-stage with women, drinking and smoking weed. I doubt that’s true, but it seems to be a theme.

As you get to the end of the album, “Thinking Out Loud” channels John Mayer, and it finishes with a track about terminal illness called “Afire Love” which closes with a gospel choir that creates a wonderful ending for the album.

The only weakness I found is when Sheeran raps. I listen more to hip-hop versus straight rap, so that may have something to do with it, but his pure rap songs hit me more like bad spoken word than music. Luckily the only one is called “The Man” and while I listened to it a number of times when I first got the album, now I tend to skip past it.

He also sings with a bit of an accent. It’s not as bad as Passenger, but since both sing about being on the road (which resonates with my heavy travel schedule) I identify with many of the songs.

It’s a real solid album on its own, but I would recommend you get the Deluxe edition. While it adds another disposable rap track (which starts out with him claiming not to be a rapper) and a couple of okay but not stellar pop songs, it ends with “I See Fire”.

This is where the geek angle comes in. “I See Fire” was the music for the closing credits of The Hobbit: The Desolation of Smaug.

I was pleasantly surprised to learn that Sheeran wrote the song. The lyrics are pretty referential to the movie and my original thought was that someone on Peter Jackson’s team had written it and he just performed it. If the Wikipedia entry is accurate, Sheeran is a rather talented young lad. It’s worth a couple of extra bucks for this song, especially if you are fan of the movies.

This album is still under heavy rotation on my media player and I look forward to more from him. Should he tour in the US I’d be tempted to brave the crowds I so dislike just to see him work live.