I live on a 22 acre horse farm ten miles from the nearest gas station. Being so remote, I like to have cameras set up so that I can monitor what’s going on.

While finding indoor cameras is pretty simple, I am always on the lookout for good outdoor cameras. Due to issues with running wires, the more self-contained a camera is, the better it will fit my needs. One popular brand of outdoor camera is Foscam, but even their wireless units come with a honkin’ huge plug that supports an RJ-45 wired connection. Trying to mount that on the house can be a pain. I had to drill a 1.25 inch hole in the eave just to slide the connector through and then plug it with a piece of dowel rod.

When I listened to Jeremy Garcia review the Netgear Arlo on Bad Voltage, it seemed to be just the camera I needed. Totally wireless, most of the space in the tiny camera is used to contain four CR123 lithium batteries. The camera talks to a base station that handles all of the heavy lifting.

I use an application that runs on my Synology system called “Surveillance Station” to manage my cameras and a quick Google search turned up an article on a site called WCCFTech by a guy named Ali Naqi, who wrote:

Surveillance station is truly incredible and does not require any additional resources in terms of a dedicated PVR for recording from wired cameras. We used NETGEAR’S Arlo webcams to test the Surveillance Station – which can run up to 30 frames per second at 720p maximum currently. The Arlo is one of the best surveillance camera being completely portable unlike most cameras and weatherproof. Exceptional but we would love Surveillance Station to start supporting 1080p as soon as possible.

As Stuart Langridge would say, what a load of bollocks. It seems apparent that WCCFTech is a site just designed to generate ad revenue, and I’m pretty certain “Ali Naqi” doesn’t even exist. I should have read through the comments, where a number of people point out that the Arlo doesn’t work with the Surveillance Station.

Which is a shame.

Based on that article, I added the Arlo to my Amazon wishlist and my sister bought it for my birthday. I just got time to play with it this weekend (we’re snowed in here in North Carolina).

Once I managed to free it from its package, the setup was straightforward. The base station is about the size of a home network router, and you plug that in to the wall and wire it to your network with the included RJ-45 cable. You then log into http://arlo.netgear.com and set up an account.

And that’s the problem.

Look, I read 1984 many years before 1984 and I have no desire to have video from my house going God knows where on the Internet. Did I mention I live on a farm? Where I can’t see my neighbors? Which means I might wander out and about in various states of undress? Trust me, no one wants to see that, and I sure as hell don’t want it recorded on some server I can’t control.

And lack of control is central to the Arlo. I couldn’t even find a way to change or determine the IP address of the base station to see if it was hackable. Now I’m certain I could have figured it out by looking at the DHCP logs on my router, but I didn’t see a way to turn off the uploading of video even if I could have gotten it to work with my system. Even if I wanted to send video to strangers, my DSL connection has crappy upstream speed and we’re not getting better broadband out here any time soon.

On an up note, I was hit over the head with the fact that the Arlo does contain GPL’d code. There is a prominent link on the setup screen:

and clicking on it gets you a pop up that displays the GPL.

There wasn’t any link to actually download the code or a description of what code was covered by the GPL, but perhaps someone with more talent and free time than I have will find a way to open this device up.

Because, it is really cute. It’s tiny, and the mounting mechanism is ingenious. There is a strong magnet on the back of the camera and it ships with a spherical mount that would let you place the camera pretty much anywhere. To reposition it, just pull it off and move it. Of course, this means almost anyone could walk by and pull it off, so you’d want to mount it in a hard to reach location.

But for now it’s on its way back to Amazon. I did find it funny that Amazon sends along a whole bunch of “Warning: Lithium Battery” labels for the box. 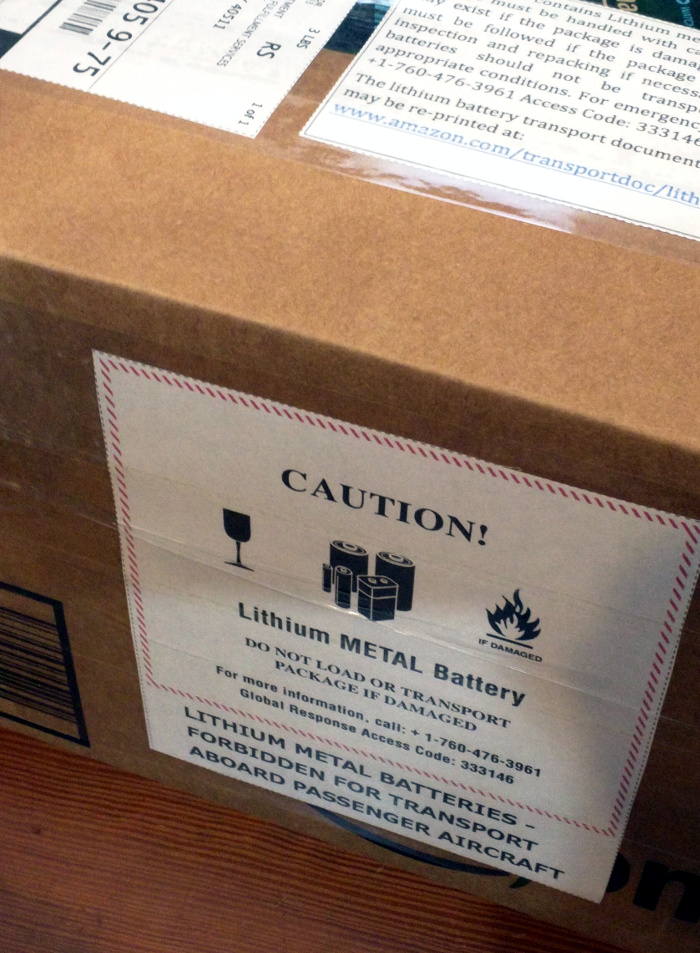 It’s funny because they certainly weren’t there on the box in which it was shipped to me.

Sorry that there isn’t more of a review, but I am not one of those people who can exchange convenience for privacy (or freedom), and at a price north of US$160 it’s too expensive to play with. I’m looking at the D-Link DCS-2330L as a replacement, and if I decide to get one I’ll post a review here.

I have an older Mac Mini hooked up to my television. For the most part it just serves up the content from my weather station, but every so often I need to use a browser or other application that is most easily done on the computer.

I used to have an Apple bluetooth keyboard, but even though I had removed one of the AA batteries, the other decided to leak all over the inside of the device so I threw it out. Needing a new keyboard, I found the Logitech K380: 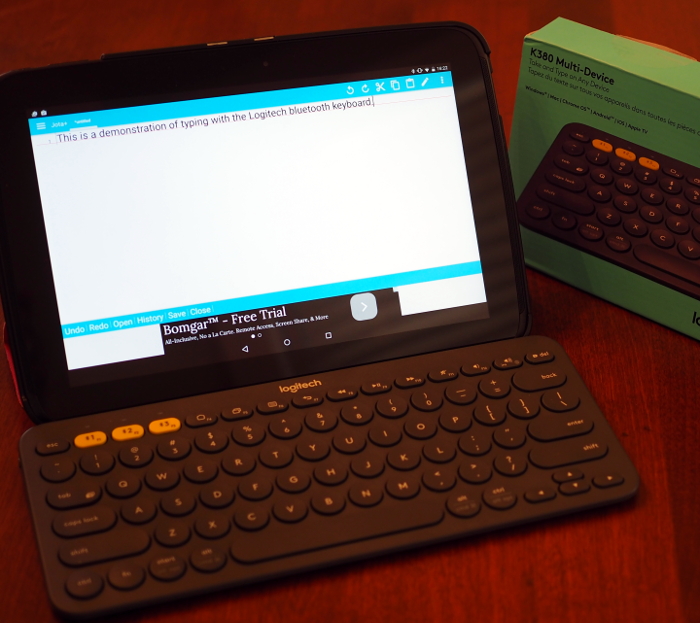 It’s inexpensive, light and what I like most about it is its ability to connect to up to three devices. Pairing is a cinch – just press and hold the number you wish to assign to the device and it will show up to be discovered. Your device will prompt you to type a series of numbers into the keyboard, and if you do it right you’ll be connected.

So now I have the Mini, a tablet and my phone all paired and when I need a keyboard it’s always ready. I’m not sure I’d want to use it as my main keyboard (I use a mechanical one from Code) but at half the price of the Apple one it does the job nicely.